New Delhi [India], May 28 (ANI/ATK): Cryptocurrency and Web 3.0 have several goals, one of which is decentralization. Decentralized Finance (DeFi) and Decentralized Autonomous Organizations (DAO) are systems that cryptocurrencies have integrated to ensure that power remains in the hands of the people.
The metaverse is an example of how people are given power over their finances. It houses locations where people have their governance and currency tokens, e.g., Decentraland (MANA).
Uniswap (UNI) and RoboApe (RBA) are also tokens that address DeFi problems and offer solutions to existing technologies by creating new ones.
UNISWAP (UNI)
Several members of the crypto community are interested in Uniswap (UNI). There has been a lot of anticipation surrounding the token because of its potential to compete against centralized financial systems and traditional brokers.
Uniswap is arguably the most popular decentralized exchange (DEX) on the Ethereum network. Its popularity stems from its ability to foster peer-to-peer transactions without interference from any third party.
Uniswap recently gained new investment from Andreessen Horowitz, a venture capital organization that has invested considerably in Twitter, Coinbase, and Ripple (XRP).
DECENTRALAND (MANA)
Decentraland (MANA) has received critical acclaim from many prominent figures, including Meta founder Mark Zuckerberg. MANA offers several opportunities that mirror Zuckerberg's Metaverse ideas.
Decentraland will use a DAO that facilitates decision-making by community token holders. Community members will make decisions affecting the platform's direction, which is strengthened further by the idea that locations present in Decentraland (MANA) are created for and by its community members.
This is one of Zuckerberg's significant points addressed in his keynote speech, which explains why he openly supports the platform. There is a high chance that Meta will also take cues from Decentraland, increasing the platform's value as Web 3.0 adoption increases. 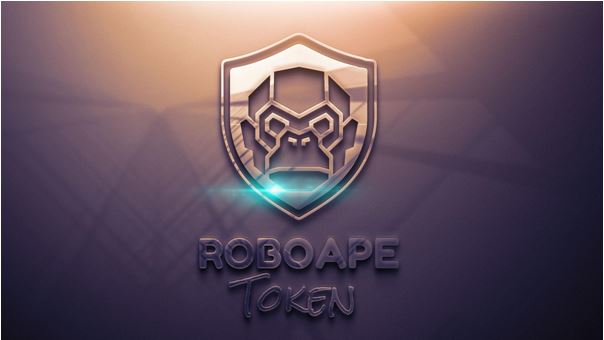 ROBOAPE (RBA)
The RoboApe (RBA) platform operates on a deflationary financial model, meaning that the tokens become more valuable and scarce as more of them are used and traded. This system allows room for growth because the reward of increasing token value allows for more success and expansion. The community is inadvertently encouraged to grow and expand the platform because they benefit from such growth.
A larger user population has advantages for all users and members of RoboApe. For the platform, a more significant community translates to more extensive and more profitable projects, which will create revenue and better profits for the platform.
RBA has several innovative ideas and activities to engage community members. For example, RoboApe houses an NFT marketplace and hosts eSports events on its platform.
These activities occur as a result of growth, and more users will lead to a more inclusive and active marketplace, creating opportunities for eSports competitions to become more popular. RoboApe also intends to extend into the metaverse.
While it is difficult to predict the exact direction of the crypto market, it is possible to make profitable decisions by studying existing market trends and carrying out research on the utility of a project. RoboApe has attainable goals that will benefit all members of its community, making it a wise investment decision in the long run.
RoboApe (RBA);
https://ape.roboape.io/register
http://roboape.io/
https://t.me/ROBOAPE_OFFICIAL
This story is provided by ATK. ANI will not be responsible in any way for the content of this article. (ANI/ATK)